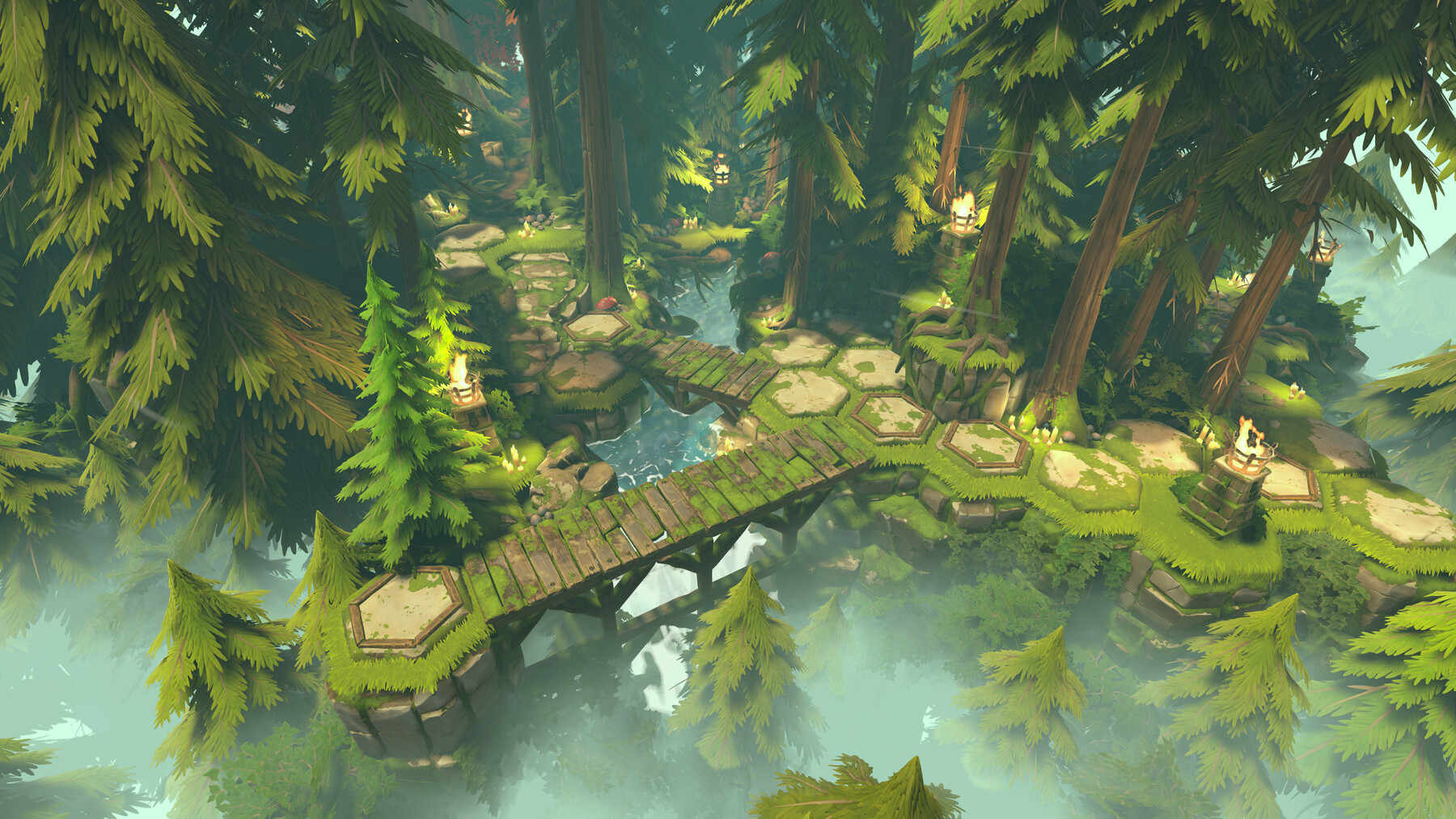 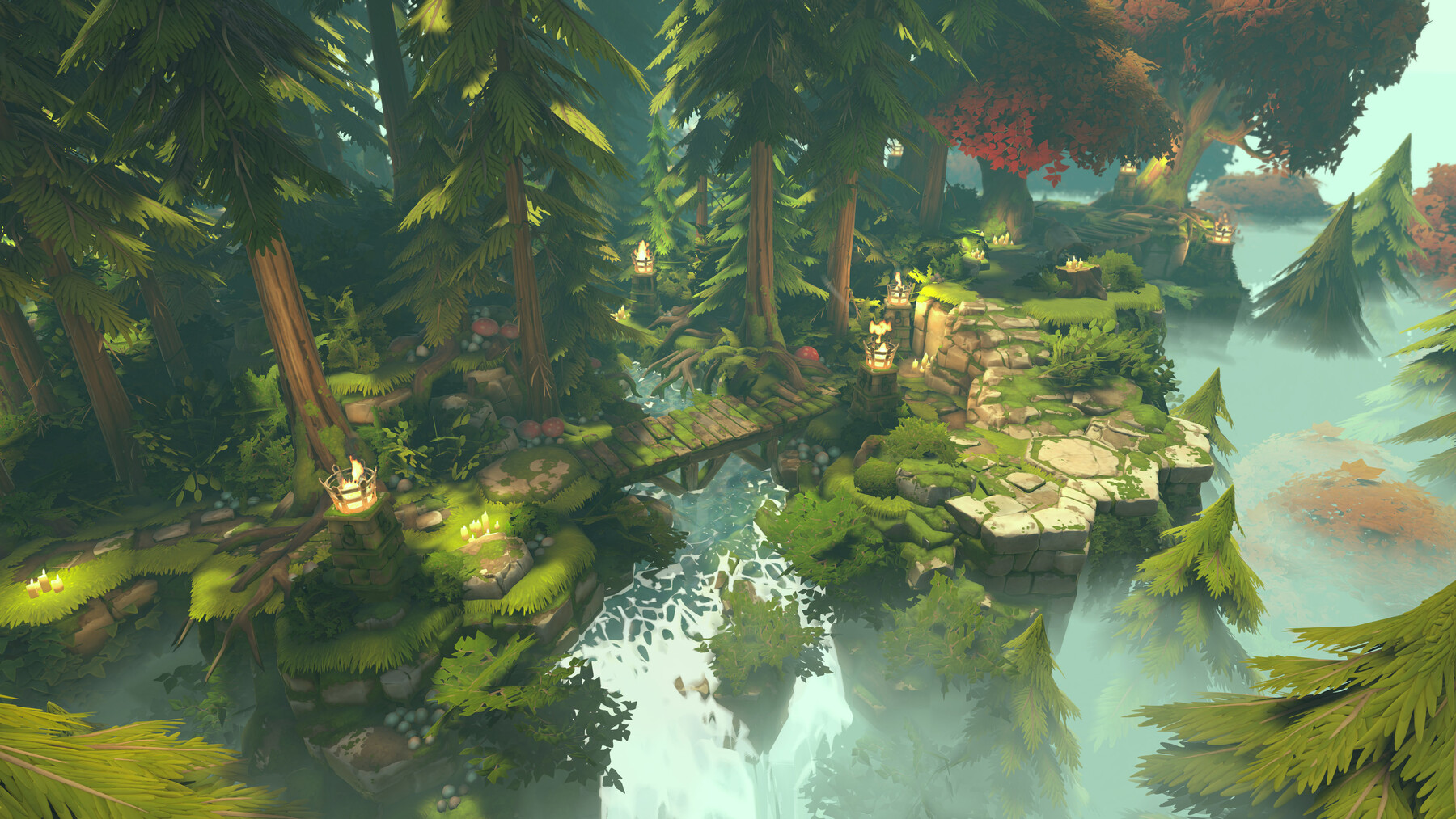 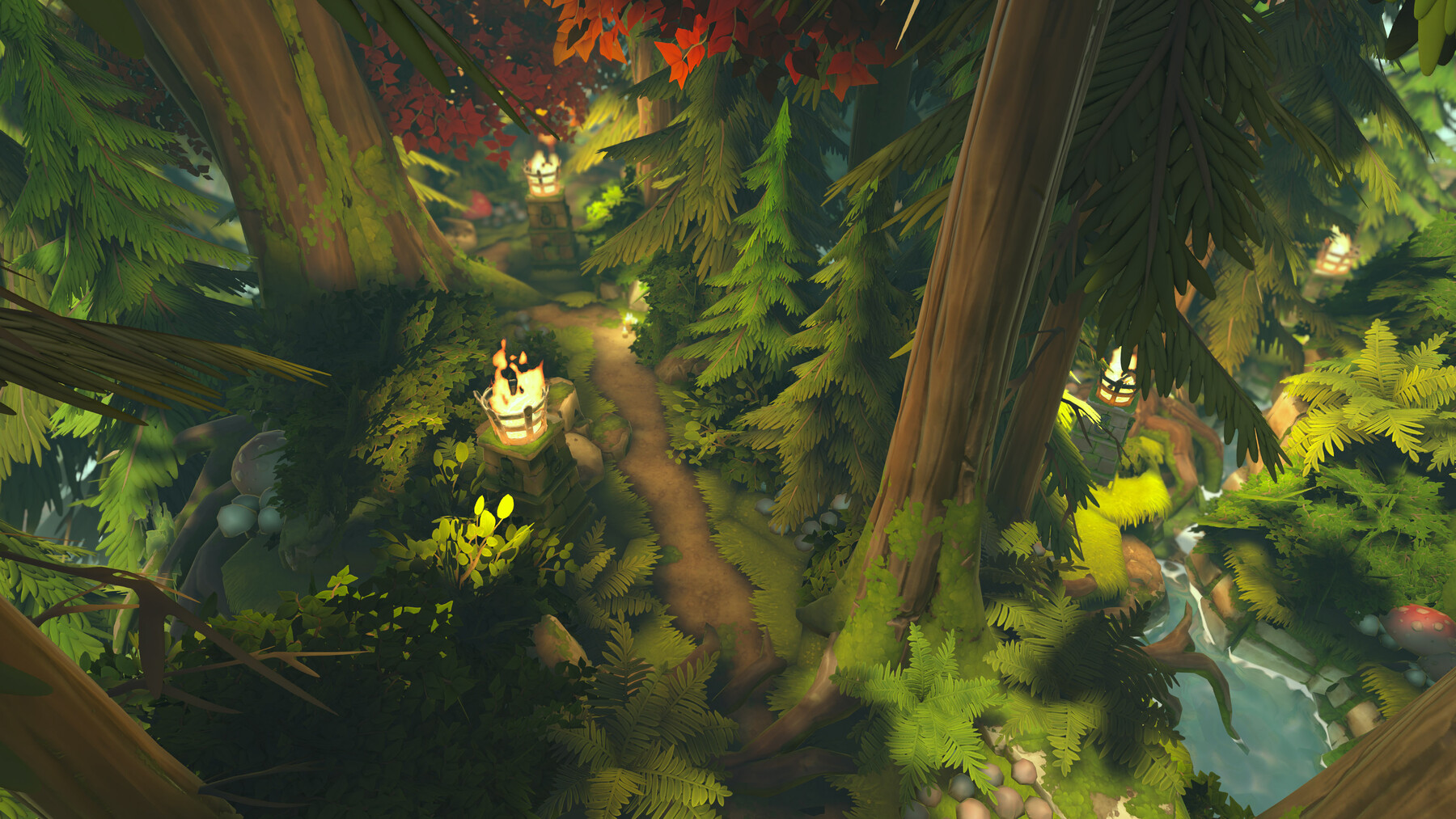 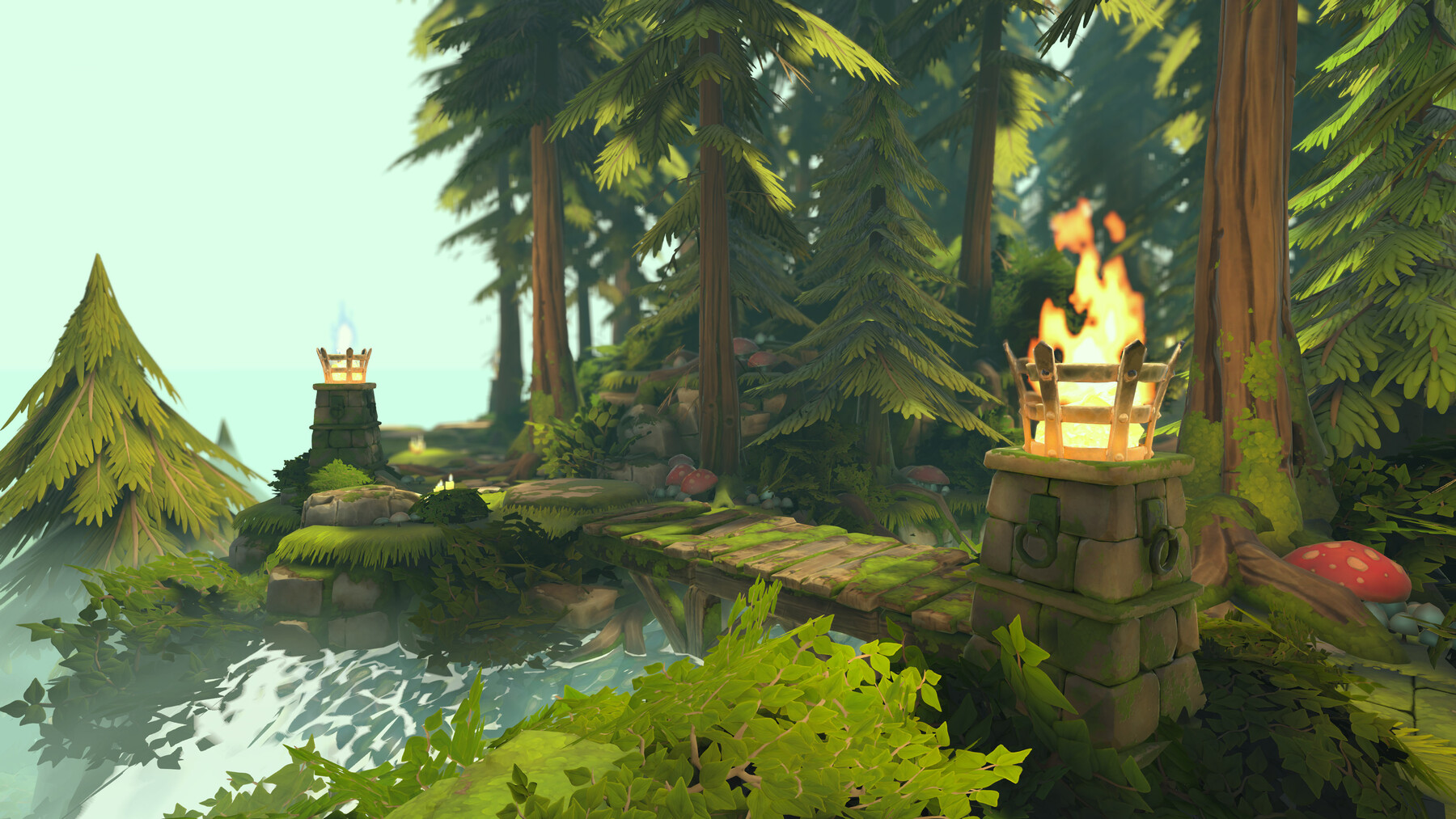 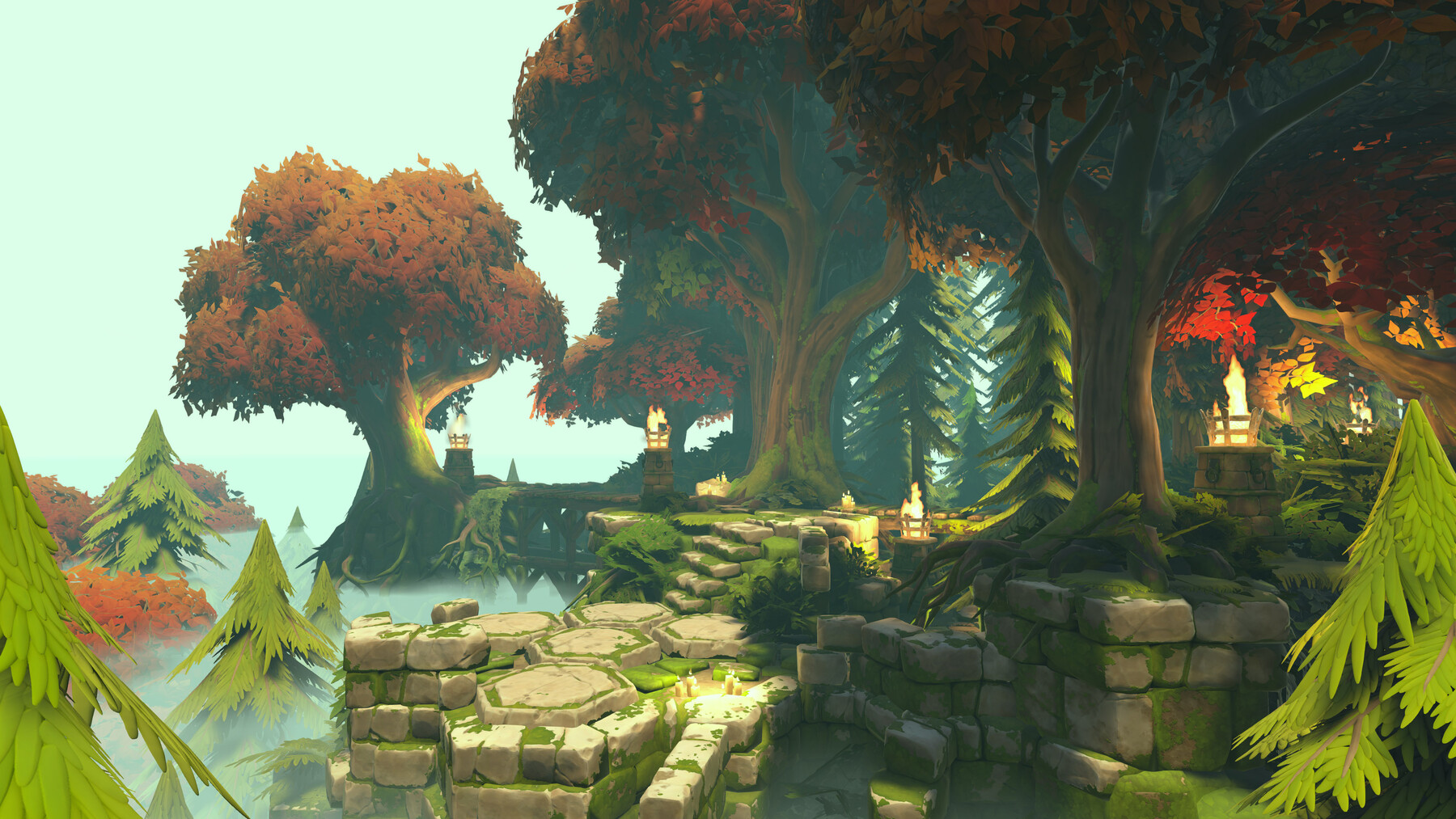 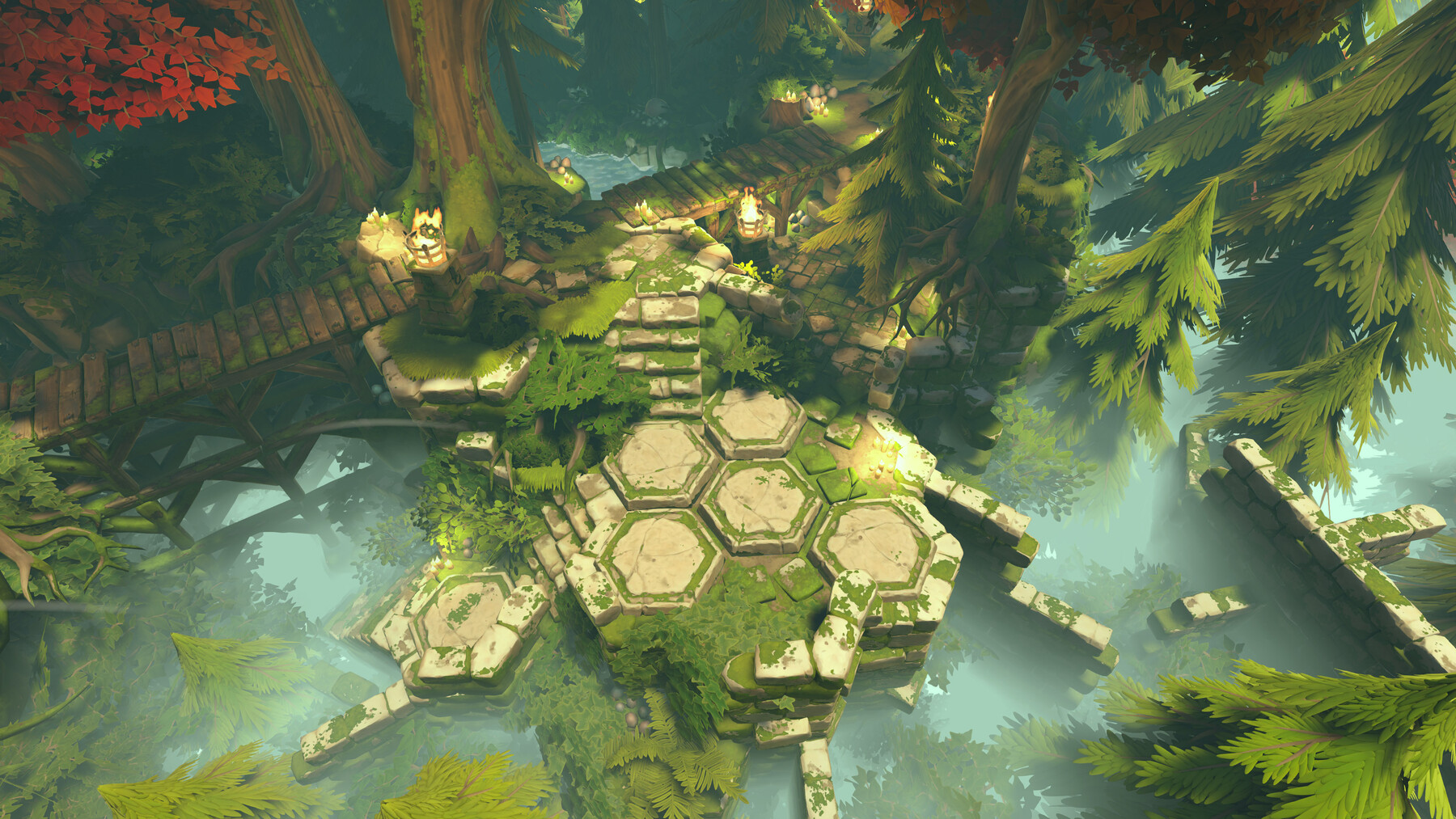 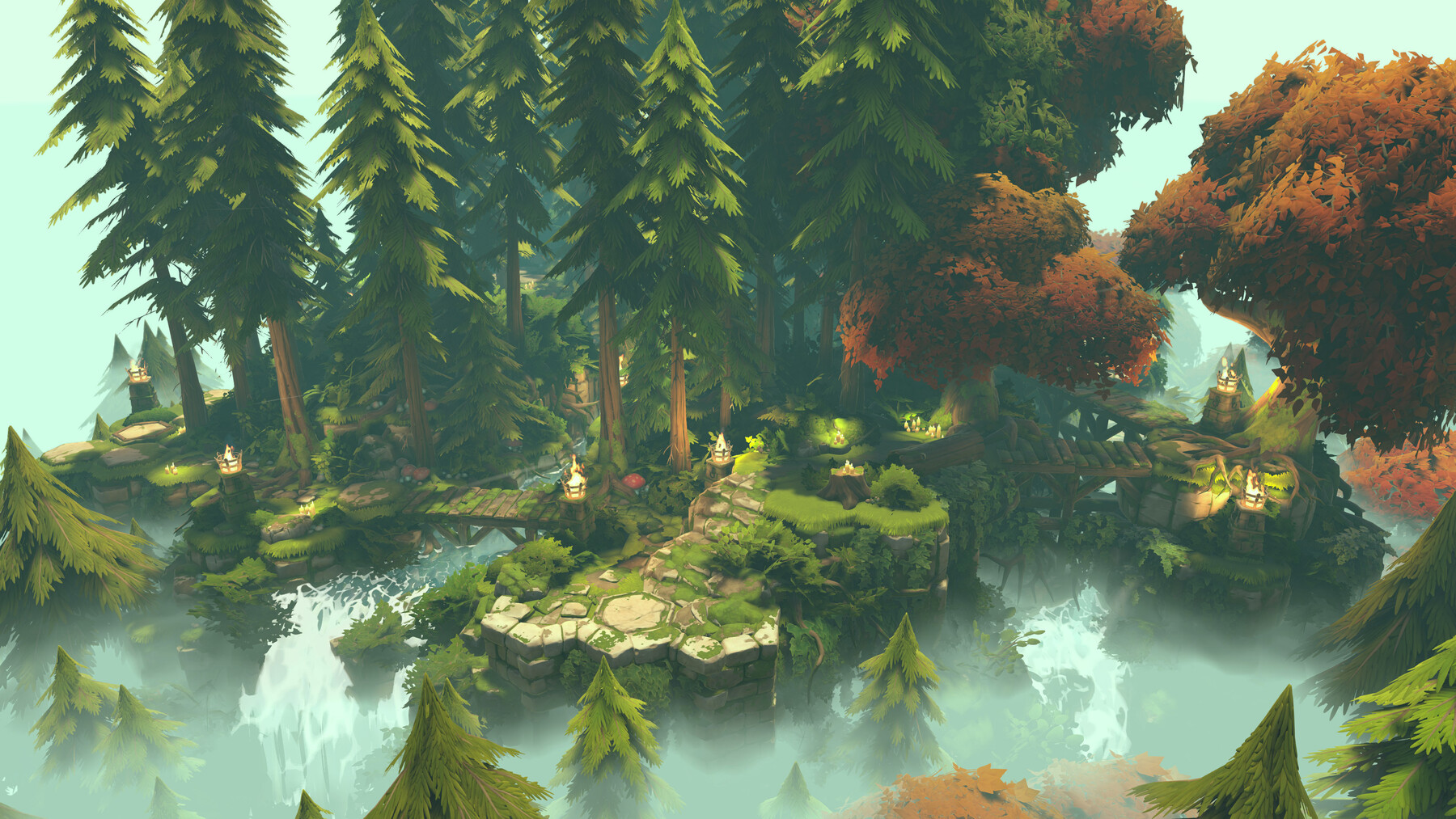 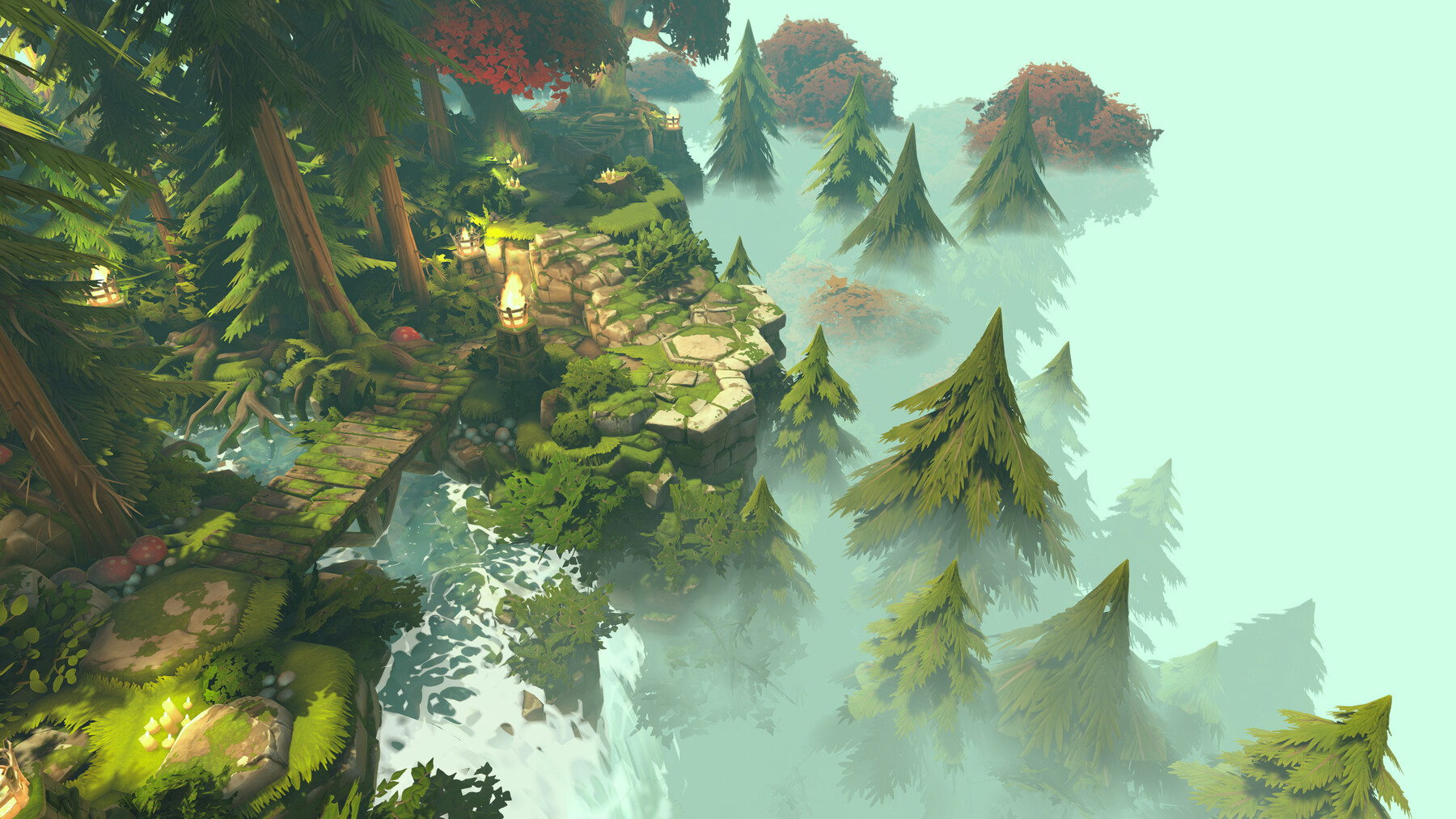 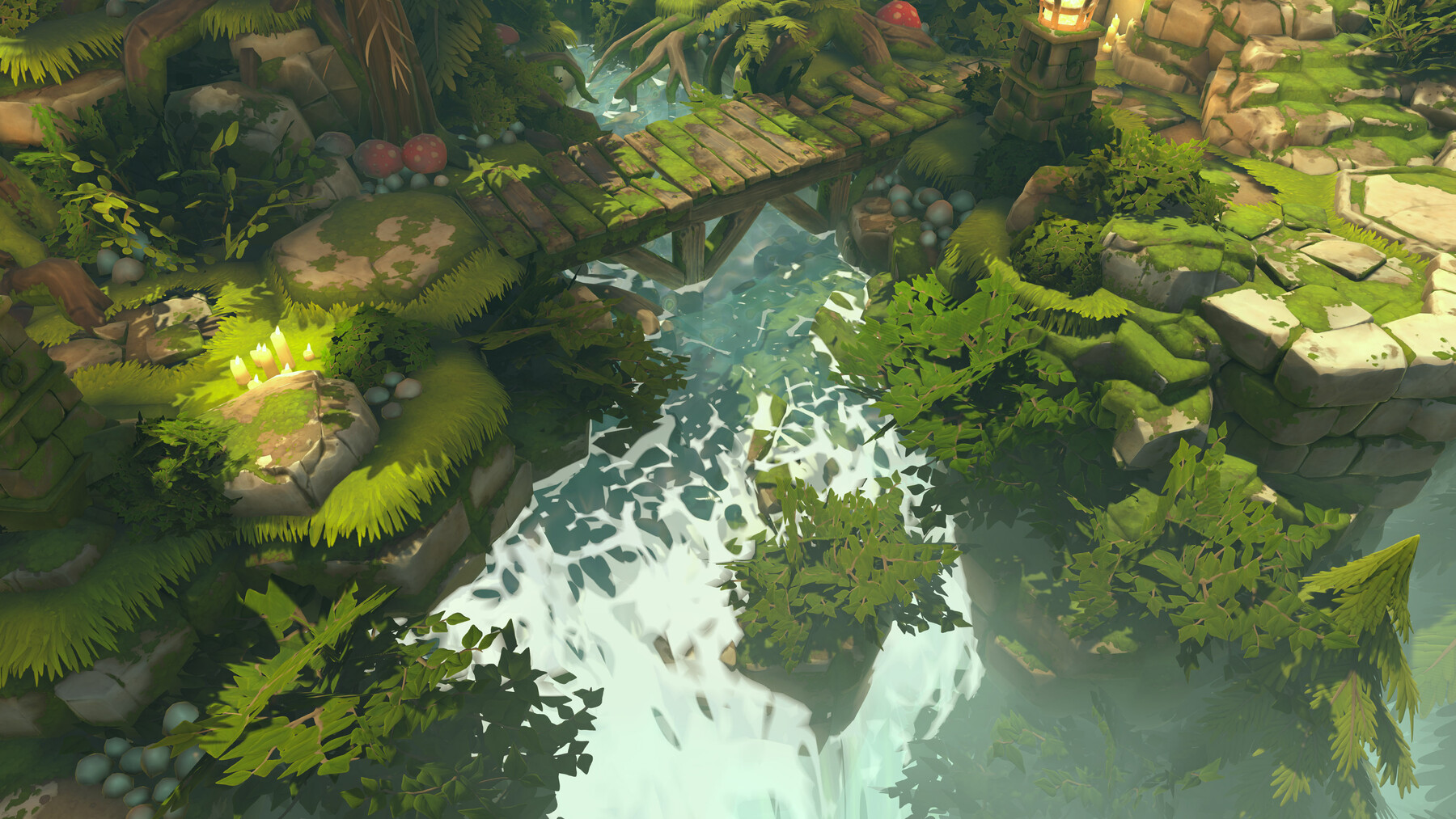 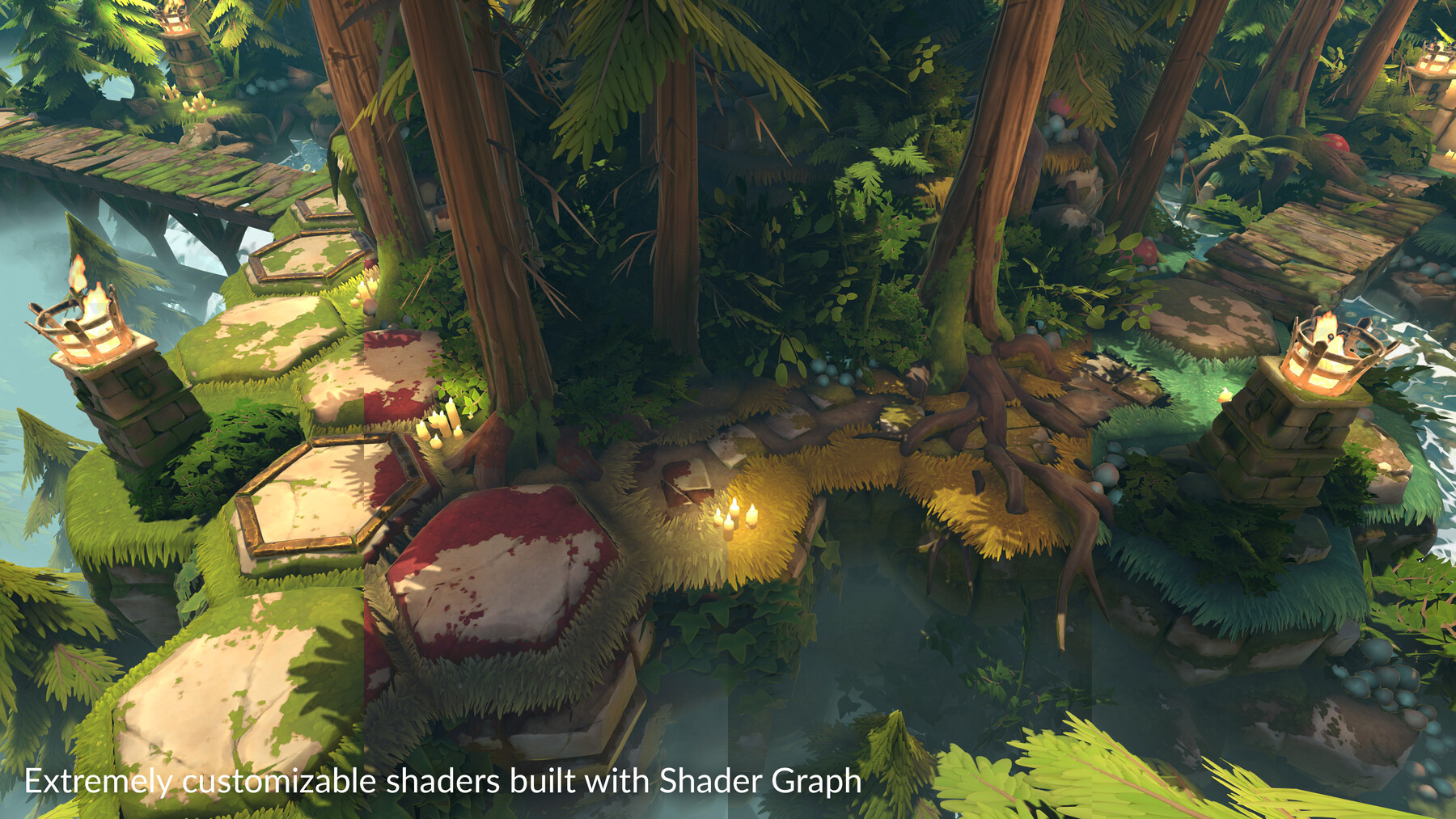 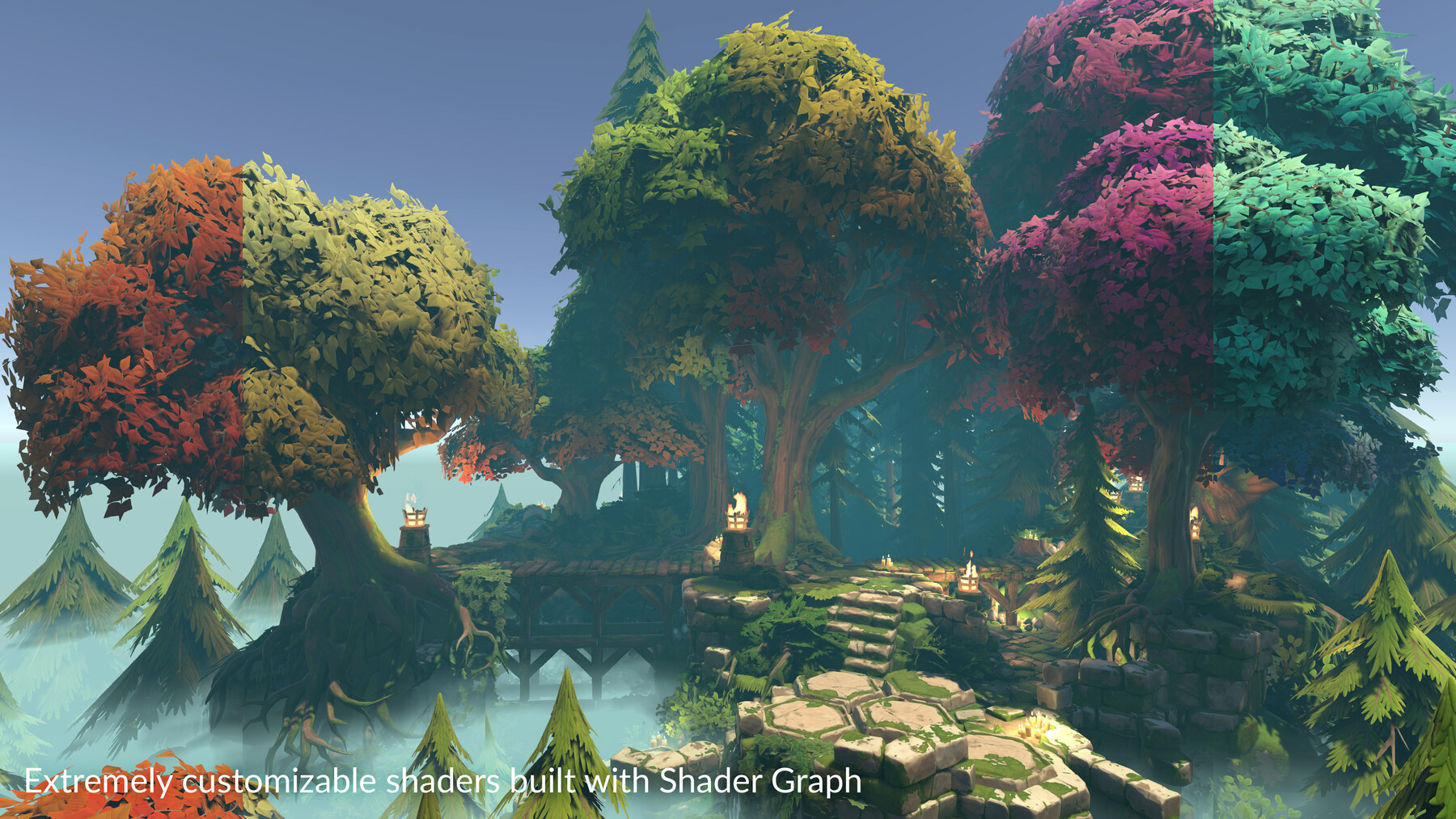 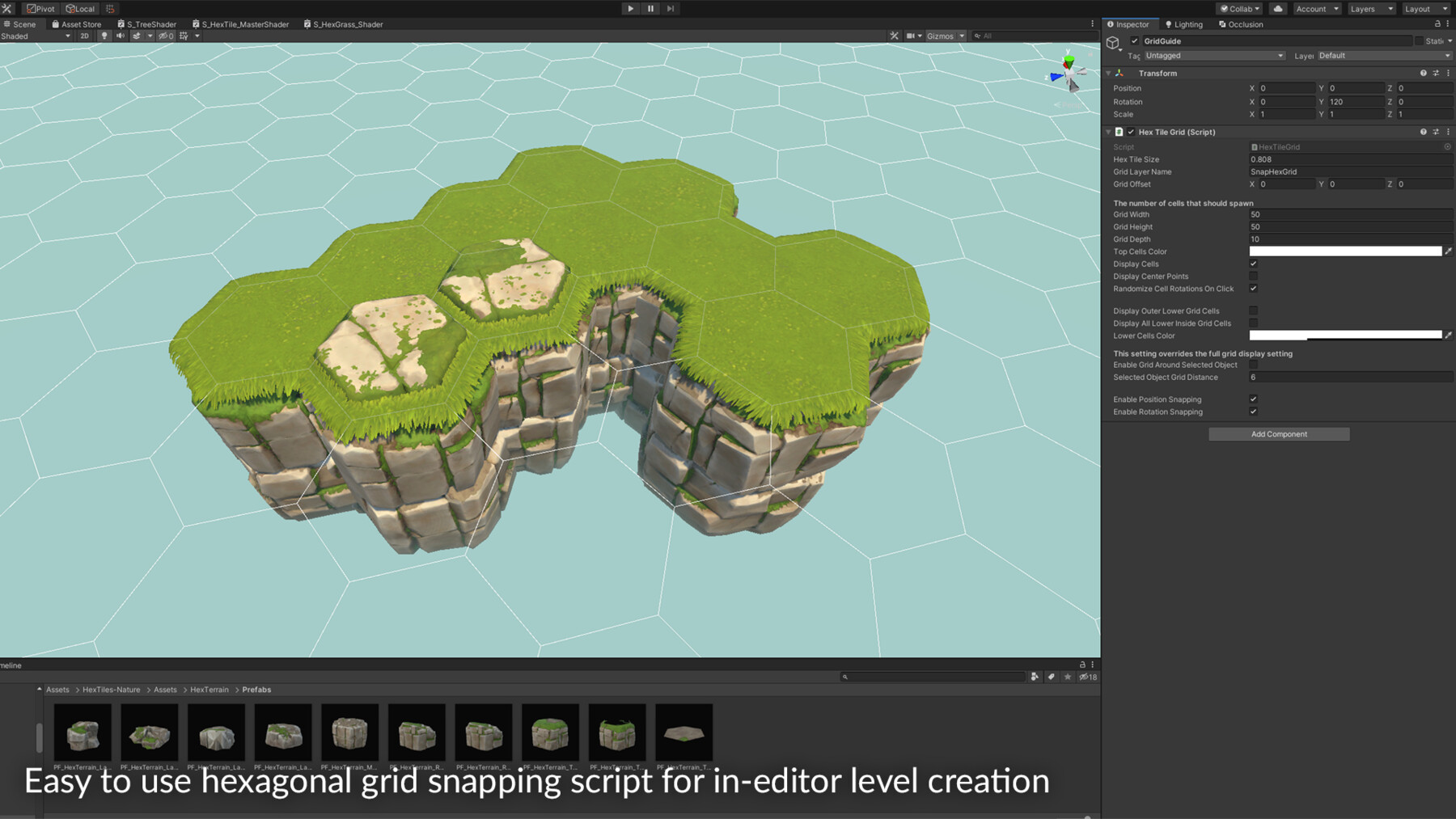 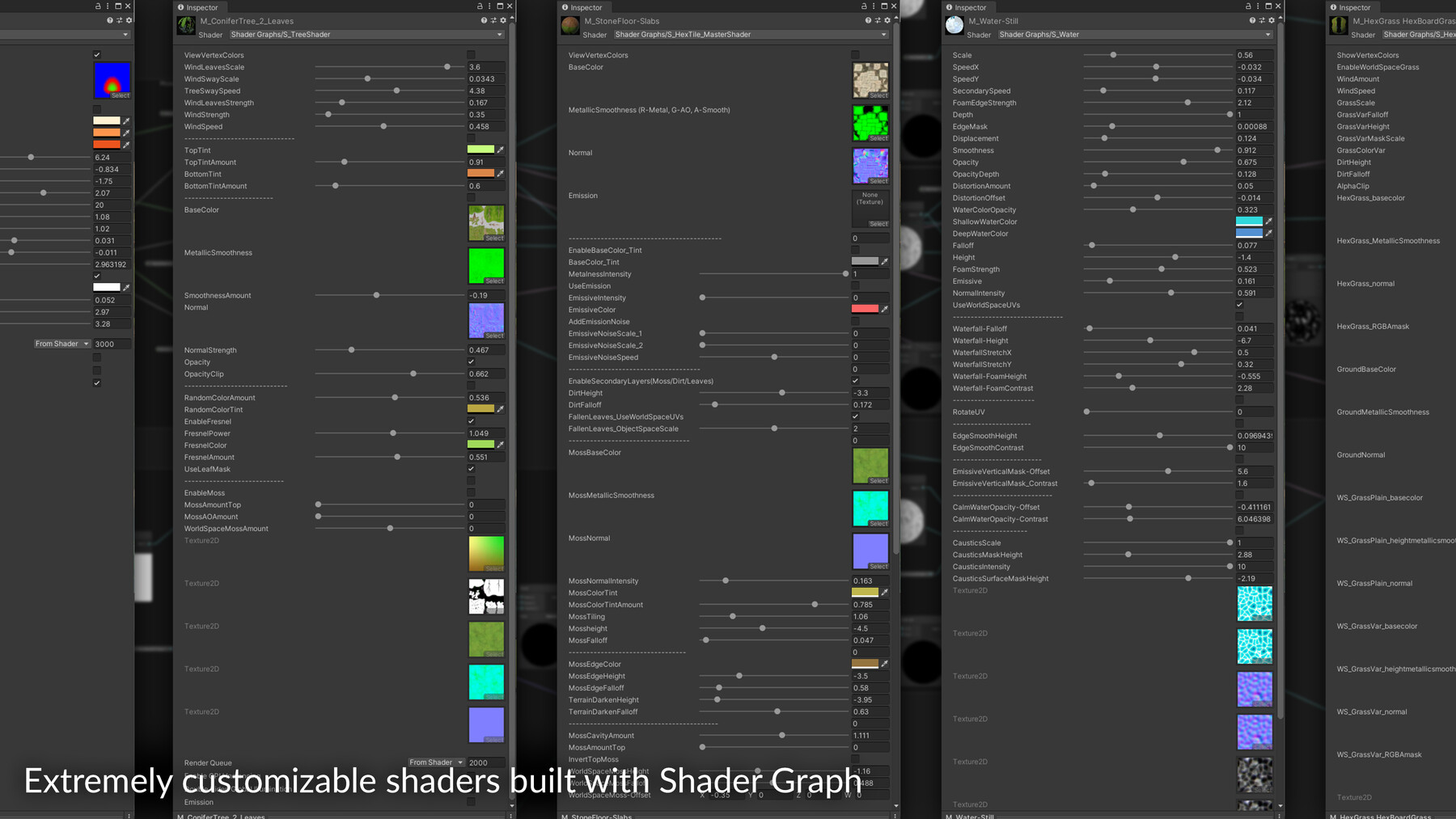 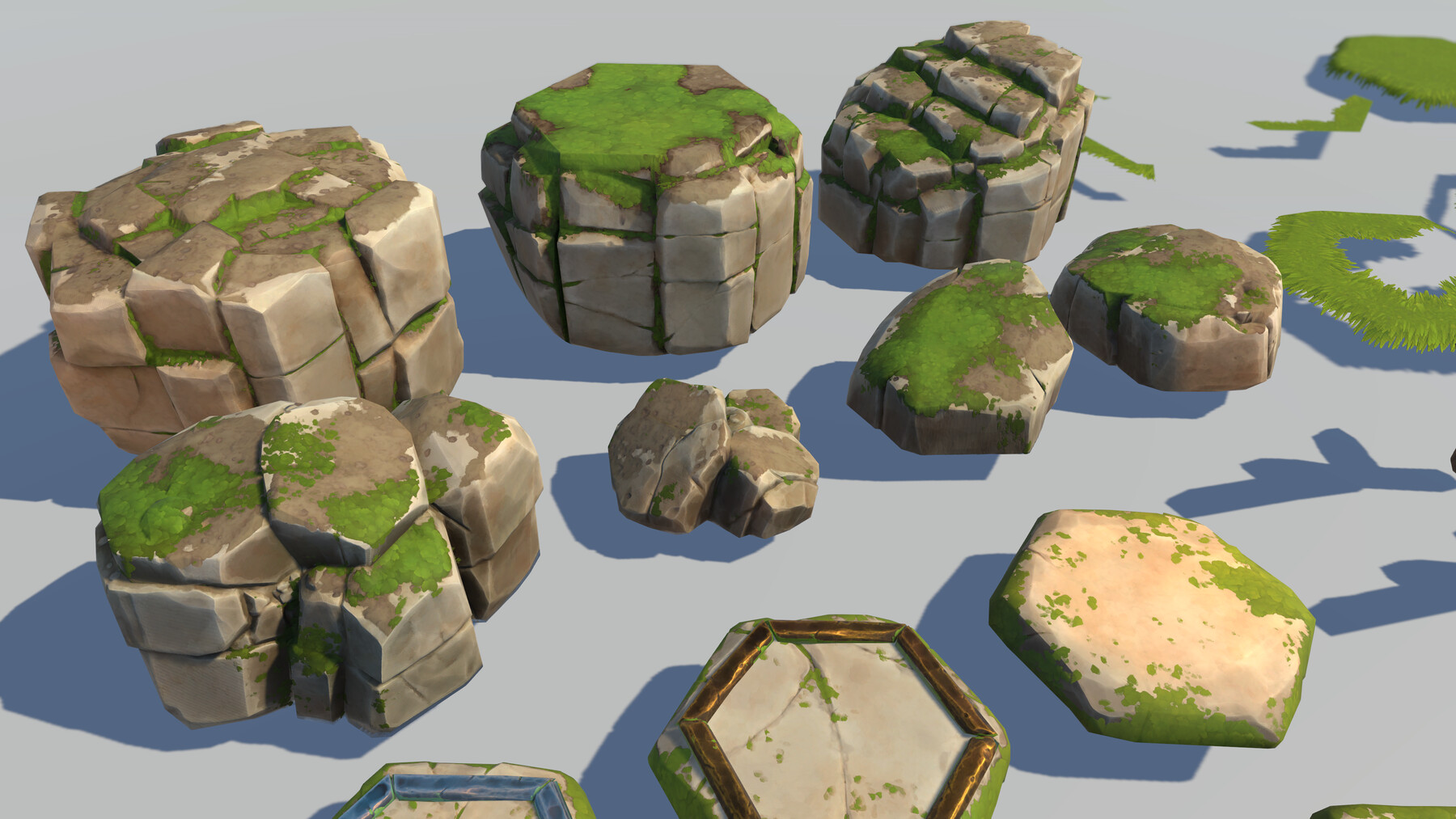 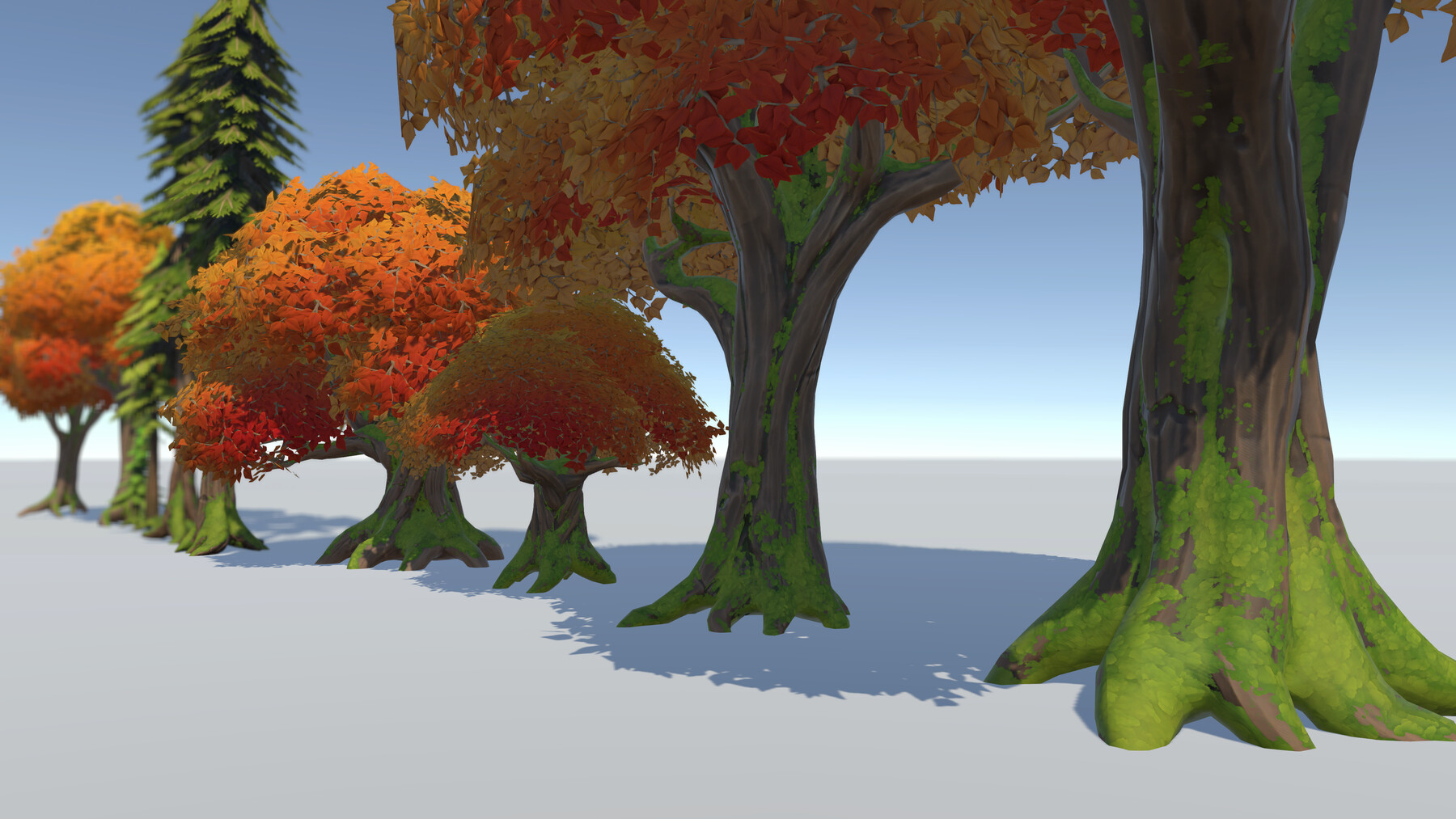 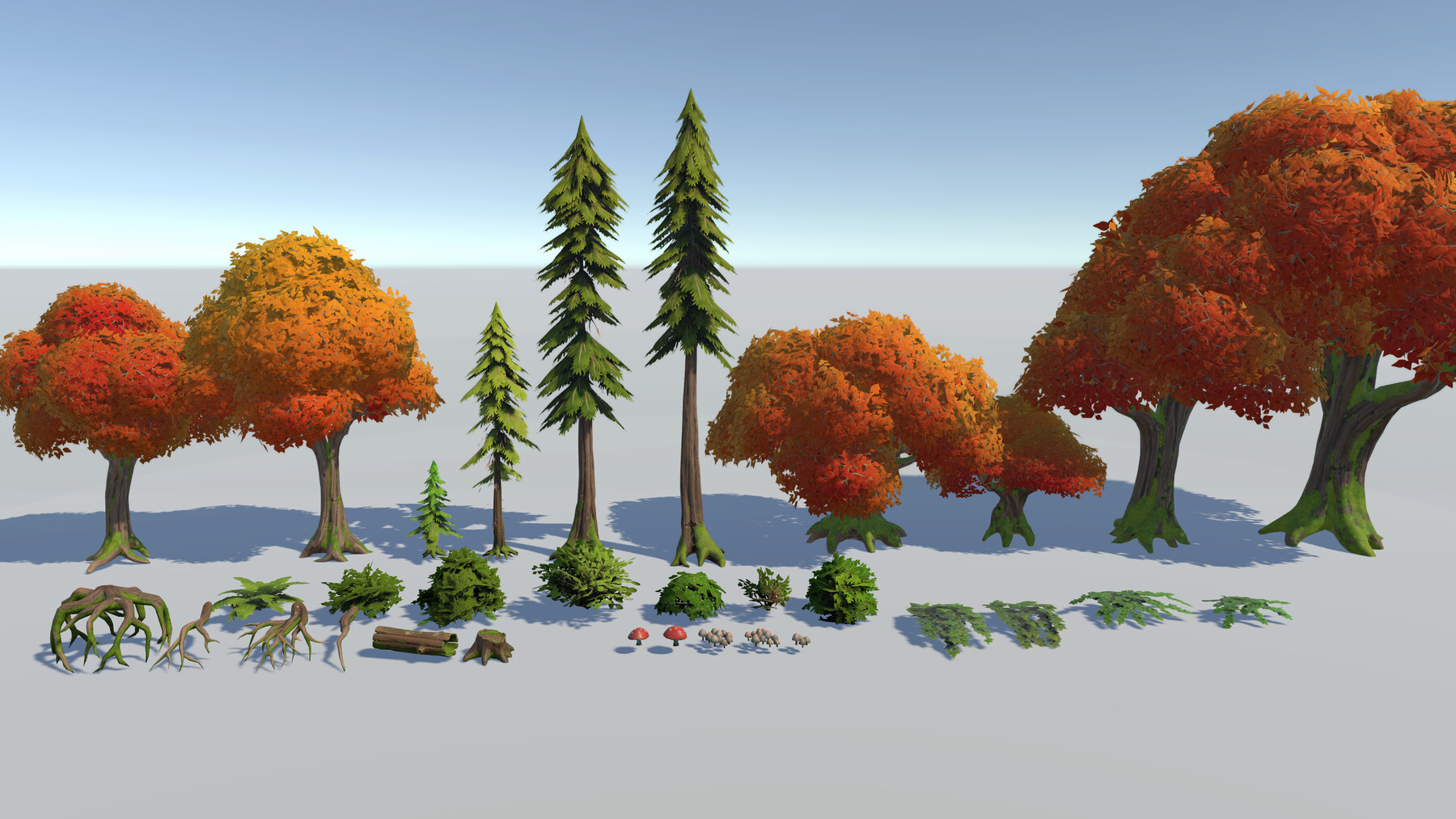 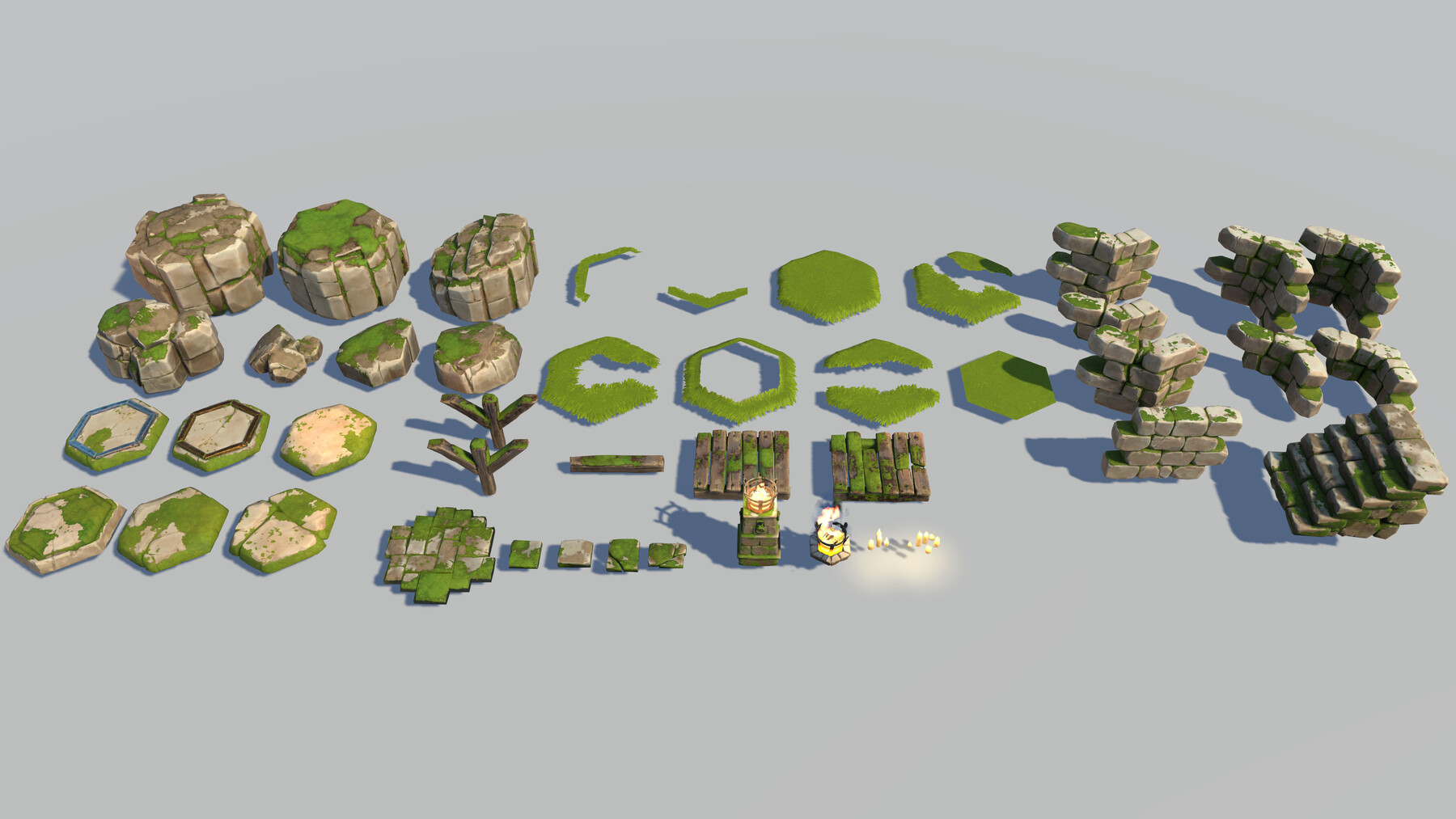 This asset is sold as a Unity Package file. To import into Unity go to: Assets > Import Package > Custom Package.

Note: shaders require the use of the Universal Render Pipeline (URP) as they were created using Shader Graph. Versions of the assets using Unity Standard materials are provided for Standard Pipeline.

All assets have been hand sculpted through Zbrush, retopologized, and textured using Substance Painter/Designer, leading to a consistent, stylized aesthetic. The resulting models also support LODs when necessary. The pack includes hexagonal-terrain pieces, trees, foliage, stone ruins, wooden bridges and more, for a total of more than 80 different individual assets.

Included in this asset pack is a grid-snapping script which makes it easy to create and edit levels along a hexagonal-grid. Simply create a blank game object, attach the “Hex Tile Grid” script, and any prefabs on the “SnapHexGrid” layer will automatically snap to grid cells. Additional options such as random rotation, position offsetting and random scale are available both within the script and in the “Hex Tile Overrides” script which can be attached to individual prefabs.

HexTileGrid and other scripts created by William Akins

Taking advantage of Unity’s Shader Graph, the materials of each asset takes advantage of one of a number of different shaders created specifically for this project.

The HexTile Master Shader comes with dozens of different parameters to dial-in a specific look. Additional layers such as Moss Growth, Dirt allow for more natural, varied environment, and the moss layer in particular reacts to world space position, vertex paint, provided AO maps, and baked lightmaps to create the effect of moss growing within the cavities of objects and shaded areas of the environment.

The Tree Shader allows for animated wind using the vertex colors of the included meshes, as well as parameters affecting leaf color.

The Water Shader comes with dozens of parameters affecting color, wave speed, edge foam, refraction, and a provided caustics effect, among others.

The Fire Shader comes with a number of parameters to change flame colors, speed, intensity, heat haze, etc, and is adaptable enough to be used for large open flames such as with the brazier assets, to small candle flames.

Included is a demo scene showing how the pack can be used to create a large scale environment. A readme PDF provides setup advice and explanations for the various parameters for the shaders included.

Version 1.2:
- Made it easier for the S_HexTile_MasterShader to be used with 3rd party assets by adding optional texture slots for separate Metallic/AO/Smoothness maps for assets which don't use packed textures, along with options for assets without AO maps or have fully white vertex colors (a common default when exporting from 3D modelling packages).
- Added toggles for heavier shader effects such as the moss, dirt and worldspace grass using shader Keywords, which should improve performance if such effects aren't needed. Can be found below the shader properties in the material inspector tab.
- The dirt layer within the S_HexTile_MasterShader can now be painted using vertex colors (blue channel).
- Other misc shader optimizations.
- Updated readme PDF.
--------------------
Version 1.1:
- Added a new version of Demo Scene 1 for Standard assets called HexTile_DemoScene_Standard.
- Fixed some errors relating to the Hex Grid Script that would appear in the console.
- Fixed missing Standard assets in DemoScene_Assets_Standard
--------------------
Version 1.0:
Initial release.

For use on an unlimited number of commercial projects with no limits on sales or views.